Battleship IOWA will be closed for a special event Monday, Oct. 4 - Wednesday, Oct. 6. We will resume regular hours Thursday, Oct. 7.

An inspirational look at the challenges, passion, committment, and dedication that the crew and supporters take on daily.  We also interview thought leaders in both the public and private sectors to hear their inspirational stories and opinions on related topics.  A new episode is released weekly and be patient with us as we refine this program for the future!

A look at news and updates from the Battleship IOWA and the National Museum of the Surface Navy.

The U.S. Navy Dreamed of Merging a Battleship and Aircraft Carrier – 19FortyFive

Proposals had been considered on the American side to convert the Iowa-class battleship into a sort of aircraft carrier.

https://www.youtube.com/watch?v=sRvjyMRSDXw When she is commissioned, USS Montana will become the Navy's 21st Virginia Class submarine. The plan is to build 66 of them, between now and ... 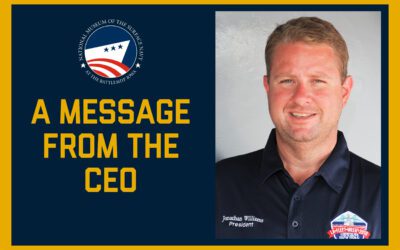 Friends: We have kicked off our ten-year anniversary with an incredible LA Fleet Week and a surprise Presidential visit. It has been a couple exhilarating weeks for the crew, and I am deeply... 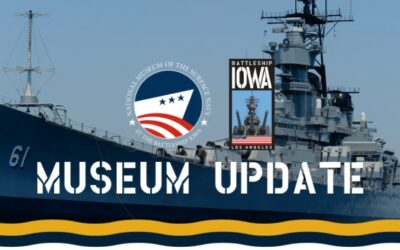 Thank You ...for making LA Fleet Week 2022 a success! Did you catch all the highlights? The dodgeball tournament - won by the US Marine Corps Galley Wars culinary competition - won by newcomers to...

Friends: As I type this message, we are preparing for the departure of the remaining LA Fleet Week 2022 displays. I am incredibly proud of the team that helped plan and execute this year’s event...

Hull Preservation | Still Time To Meet Our Goal KTLA Morning News correspondent Gayle Anderson, a long-time friend of the ship, paid us a visit recently. She highlighted May as Military Appreciation...

A look at news and updates from around the U.S. Navy world.

ATLANTIC OCEAN— As a young man, Lt. Jerry Dome joined the Navy as a Machinist’s Mate (Nuclear), to take care of his wife, pregnant with their first child. Fourteen and a half years later, he is the acting reactor mechanical officer aboard the Nimitz-class aircraft carrier USS George H.W. Bush (CVN 77).

PATUXENT RIVER, Md. – NAS Patuxent River gate sentries have returned to handling of IDs at gates and entry control points on base as of June 20.