The Victory Flight hopes to bring honor to the veterans of World War II, including personnel who were held as prisoners of war or listed as missing in action, for their service and sacrifice, and to thank and honor the families of these veterans and pay tribute to the contribution made on the home front by the people of Southern California during World War II. The flight will go over many of these important landmarks such as the aircraft manufacturing facilities in Santa Monica, the Santa Ana Naval Air Station, and Marine Air Corps station in El Toro.

The Pacific Battleship Center – Battleship IOWA is another landmark the flight will flyover!

Grab your outdoor tour ticket now for the best view from the deck of the USS IOWA!

11:30am – Live streaming event on Facebook (Watch Party) in collaboration with Battleship Missouri in Pearl Harbor

HELP US SPREAD THE WORD! 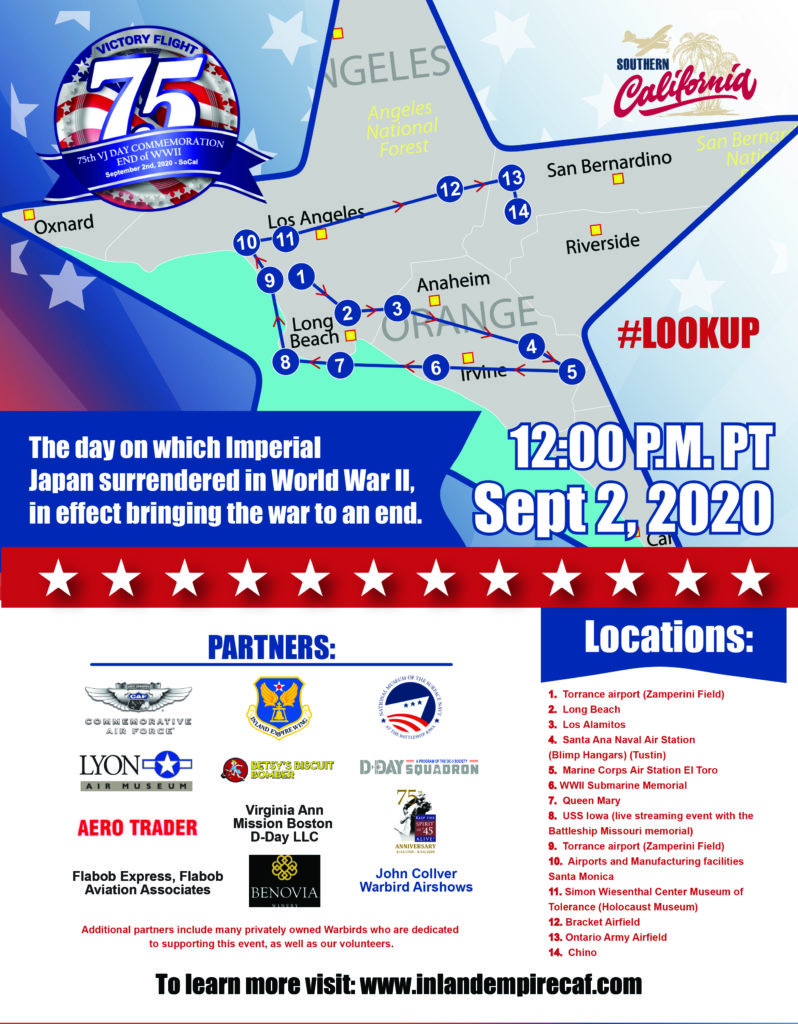