Battleship IOWA will be closed for a special event Monday, Oct. 4 - Wednesday, Oct. 6. We will resume regular hours Thursday, Oct. 7.

Movies Under The Gun: Justice League

Movies Under The Gun: Justice League 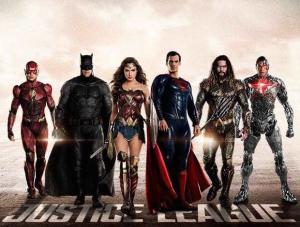 Batman and Wonder Woman work quickly to recruit a superhero team to stand against a newly-awakened enemy. Despite the creation of an unprecedented league of might also known as Batman, Wonder Woman, Aquaman, Cyborg and the Flash, it may be too late to save the Earth from an assault of catastrophic proportions. Directed by Zack Snyder. Written by Snyder and Chris Terrio. Starring Gal Gadot, Ben Affleck, and Jason Momoa. Bring the entire family for “Movie Under The Guns” on board Battleship IOWA. The unique movie series is FREE and held outdoors on the ship’s fantail. Limited seating is available. Guests are encouraged to dress appropriately, bring blankets and outdoor chairs. Concessions will be available, no coolers or outside food and beverages allowed. All movies will start at dusk. Subject to cancellation due to extreme weather conditions. Donations are greatly appreciated.
+ Google Calendar+ iCal Export