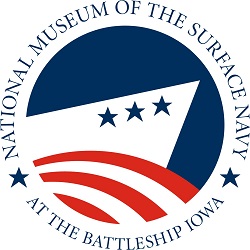 NATIONAL MUSEUM OF THE SURFACE NAVY

In 2020, the National Museum of the Surface Navy at the Battleship IOWA launched its capital campaign to raise $60 million to build the museum on board the ship.  The “Surface Navy Museum” is expected to open in 2025 to honor surface navy sailors and their efforts to ensure our world’s oceans security, democracy, and prosperity for the American people and global population.  The US Navy licensed the National Museum of the Surface Navy to the Pacific Battleship Center – a 501c3 non-profit organization in 2018. The Pacific Battleship Center doesn’t receive government funding for operations and relies on public programs and donations to continue operating and growing.

Supporting the National Museum of the Surface Navy helps fund the planning, design, and construction of the museum.

The Pacific Battleship Center leadership and development team strive to connect you to our mission and provide you a memorable experience with our organization.  Please feel free to contact our team with any comments, questions, concerns, or to simply touch base!