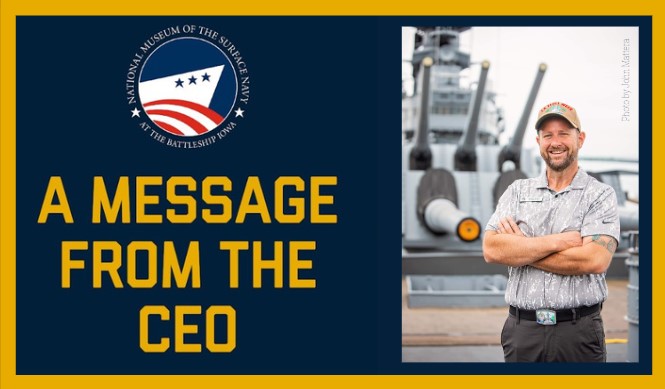 We begin this week celebrating the legacy of Dr. Martin Luther King, Jr., and his extraordinary contributions to our nation’s civil rights in the past, present, and into the future. In 2023, one of our initiatives is to bring together leaders from the private and public sectors to build bridges and have relevant conversations on commonalities as Americans.

Some of these programs will be held at the Jonathan Club in Downtown Los Angeles, in large part due to their support of our museum initiatives. As we speak, the team is planning the Gravely Experience in February, which brings together leaders to talk about overcoming adversity with a goal to inspire students to dream and achieve. During this event we will announce the 2023 student essay contest with the awardees being announced at the annual Freedom of the Seas Awards in October. 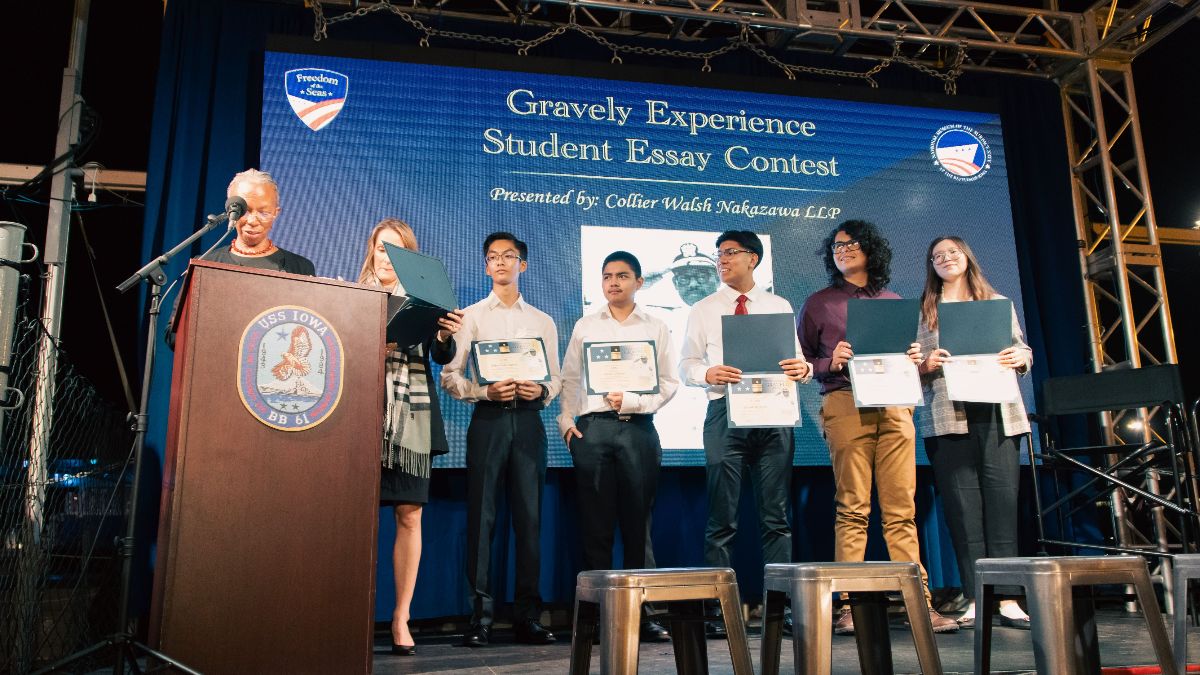 Freedom of the Seas Awards is our major annual event supporting the National Museum of the Surface Navy at the Battleship IOWA. We honor those who have made significant contributions to our nation’s freedom of the seas, especially in continued innovation, communications, trade, diversity, exploration, and more.

This event provides a unique opportunity to connect the military, government, and civilian sectors to discover mutual interests and network. At the recent Surface Navy Association conference in Washington DC, we received positive feedback and enthusiasm for this year’s awards event. Several sponsors have renewed, and we received inquiries from new supporters as well.

The Surface Navy Association and their membership have been generous and supportive in bringing alive the museum that tells their story. Passionate advocates and ambassadors including RADM Mike Shatynski, USN (ret), RDML Sandra Adams, USN (ret), CAPT Rick Easton, USN (ret), and Kyle Aube attended the conference with a goal to build support for the museum. 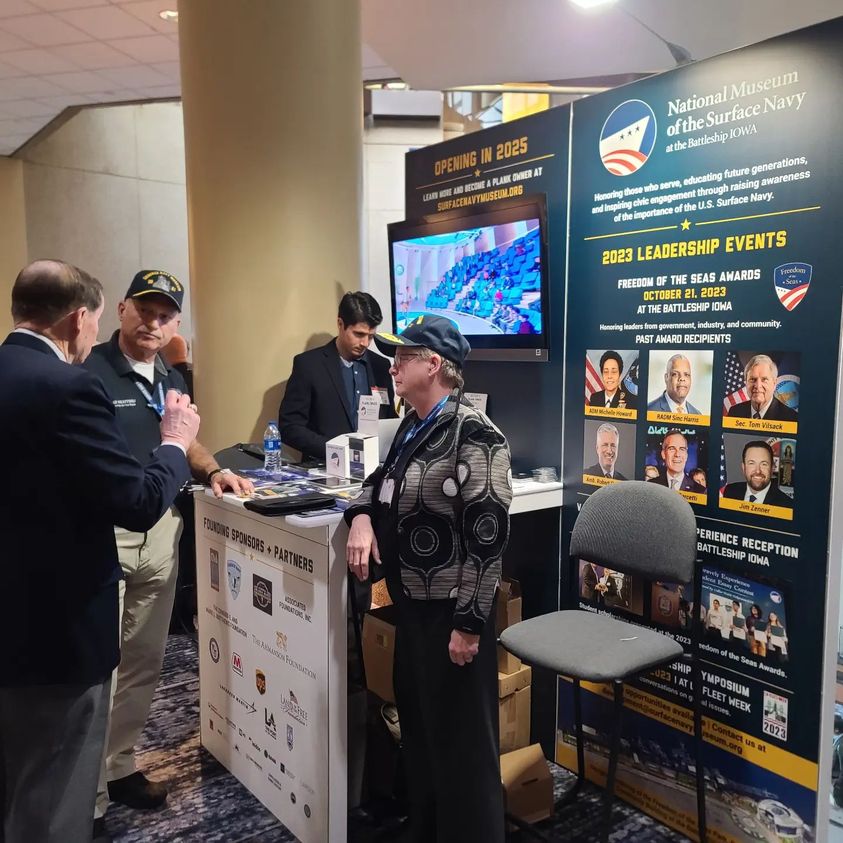 Over 75% of those advocating on our behalf are volunteers and are representative of our diverse crew, which performs essential functions in the operation and growth of the museum complex. We have received interest across the nation to help spread the word and have established the Ambassador program to provide an official way to represent the museum in your respective communities. If you are interested in becoming an Ambassador, please reach out to our development team to get more information and receive the official application.

As an Ambassador, you become a member of our unique community – the same positive community that is the foundation for several initiatives, including those focused on transitioning service members and veterans.

As we speak, our VPAN team has been leading the pack in providing peer support within LA County and the Veterans West team is assisting several Skillbridge interns to successfully transition to civilian life. Our veterans programming is magical in many ways, and we are blessed to receive funding from several corporations and individuals for it: Marathon Petroleum, Phillips 66, Johnny Carson Foundation, American Legion 283, Timken, and several other individuals and organizations.

LA Fleet Week 2023 planning is ramping up and will be in full swing by the first week of February. We will be attending the West Coast Fleet Week summit, where all the core planning teams assemble to discuss the year ahead, lessons learned, and chart the course towards success for this year.

A couple of weeks after the summit, the LA Fleet Week team will assemble for the initial planning conference to discuss our objectives and initiatives for this year. We have several programs we are focused on this year, but core to what we assemble will be the Maritime Leadership Symposium, public engagement, competitions, disaster planning, neighborhood outreaches, and more. Much like Freedom of the Seas, several sponsors have renewed for this year and their support makes it possible to host impactful programs and events. 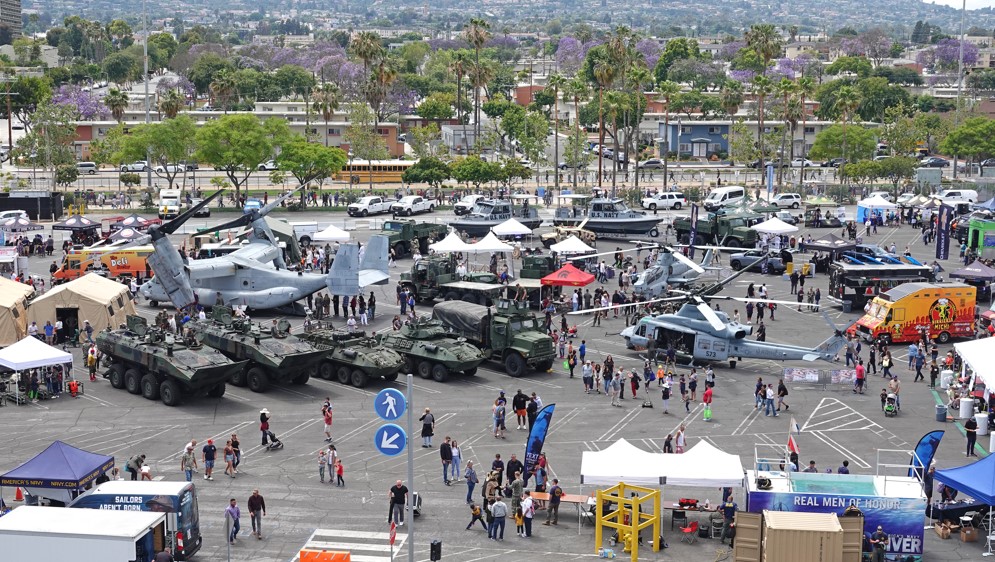 Since 2016, we have been involved in facilitating relationship building exercises and conversations among all levels of first responders and disaster planners. Over the past couple of weeks, our nation has watched on as California has been swamped with ongoing rain, floods, and adverse weather. We feel honored to have an opportunity to assist in disaster planning exercises, especially when we see responders actively supporting those in need.

Battleship IOWA is not immune to weather related damage and response. Over the past couple of weeks, the operations team has been on regular watch for the impacts of the rain and at times, related surge.

During one day of the storm, the surge resulted in breaking two gangways, rendering two mooring lines useless, damaging numerous sections of our entry fence, and even bent a ½” thick hull stand-off.

This past Saturday, nearly twenty crew members from multiple departments responded to Mike Getscher’s call for support to tighten eight mooring lines that had loosened to the point that the ship was shifting up to fifteen feet in each direction. The surge of this 100-year storm caused the ship to move in ways that we never thought possible dockside and with a call to Crowley to bring a tug alongside and hold the ship steady, the team was able to stabilize her and tighten the lines.

We believe that we have seen the worst of this weather, but damage to our fences, gangways, and mooring lines has easily created an expense in the tens of thousands of dollars range and probably closer to the 75k to 80k range. If you would like to donate towards these repair costs, please click here.

This update is a small sampling of numerous things occurring at your museum. Unfortunately, it is impossible to highlight all of the great work happening on board and throughout the community as we evolve into a national-level museum.

We are deeply appreciative of your support and send our best wishes for an incredible week! 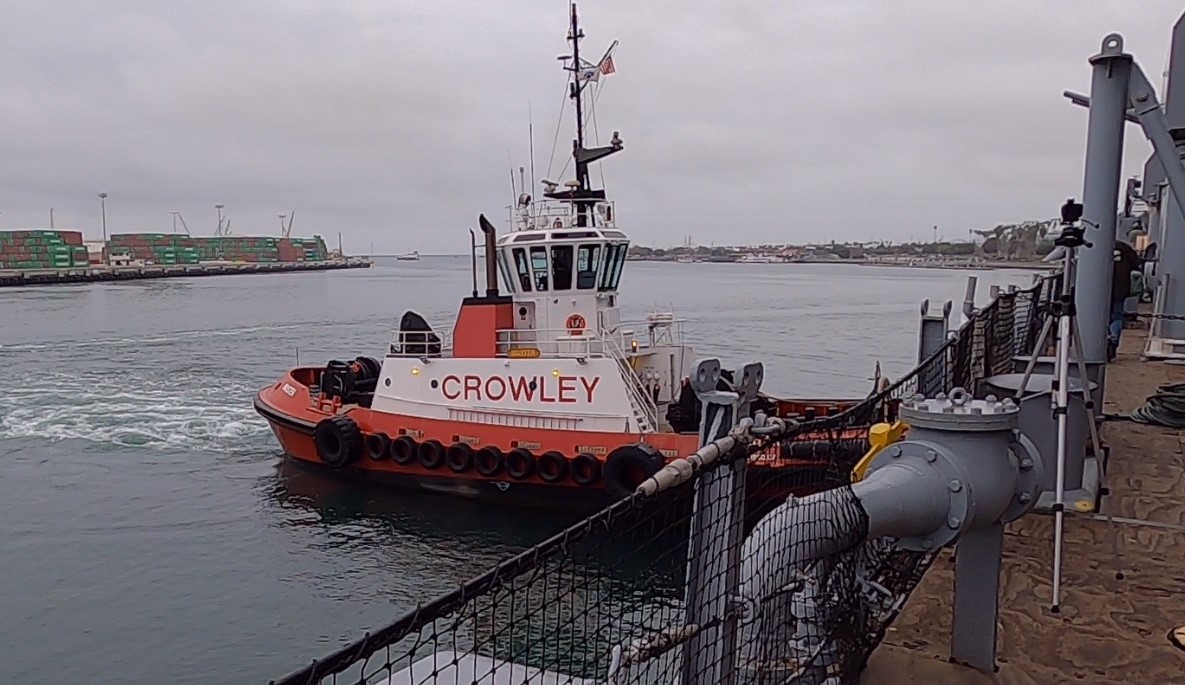 Are You Ready For Some Football?

You’re invited to come aboard to watch the Super Bowl on the Community Big Screen on the Battleship IOWA fantail for no charge! Kickoff is at 3:30pm. Gameday foods, appetizers, and beverages will be available for purchase at Vicky’s Doghouse. 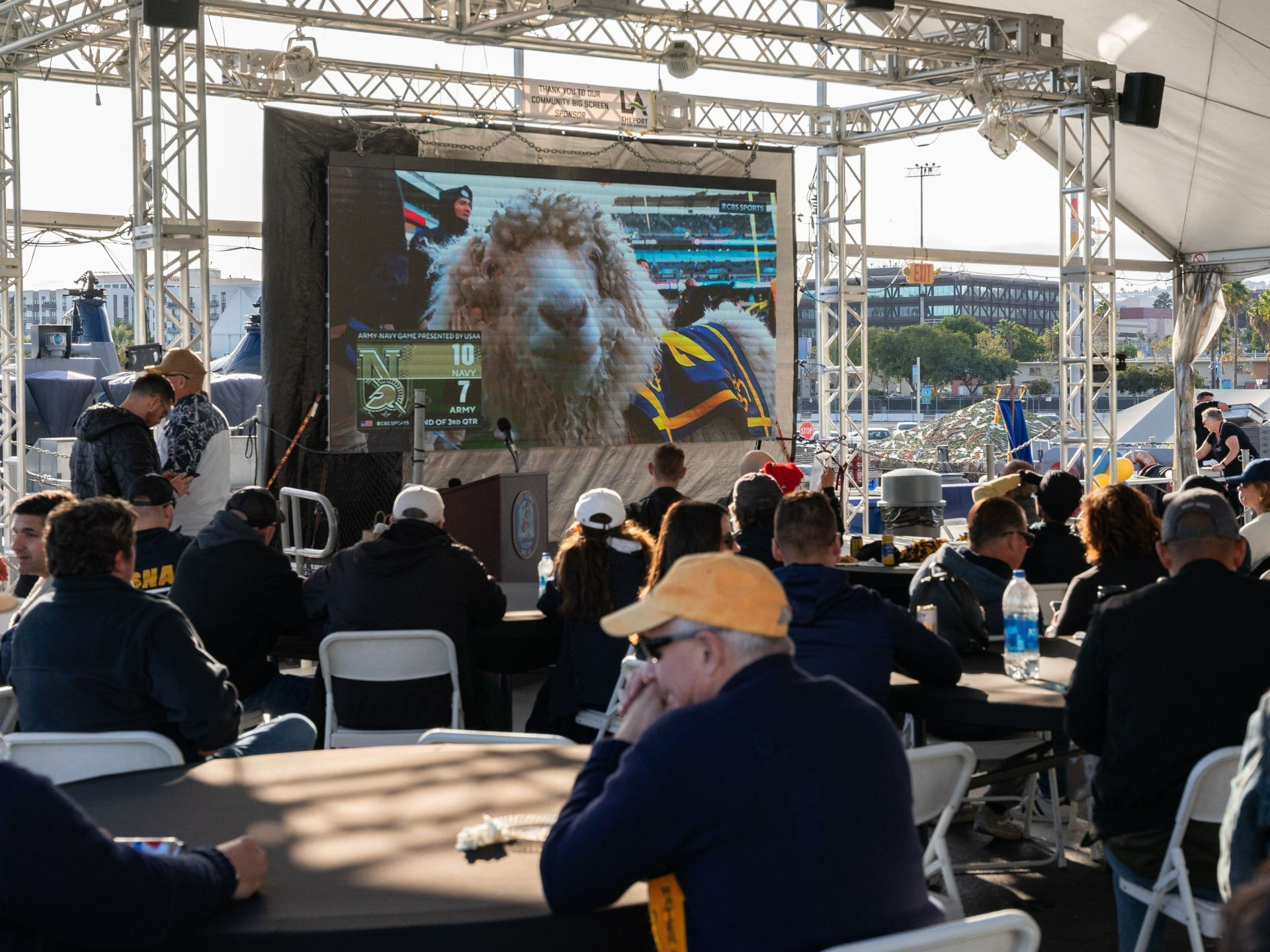 Thank you to our 2021 donors for their generosity and support. Want to know how your donations are making a difference? Check out our ANNUAL REPORT here.